The committee has received various forms of recognition from the community to show their appreciation of the work that has gone into creating and completing this project! 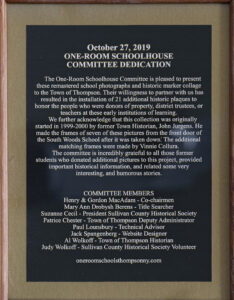 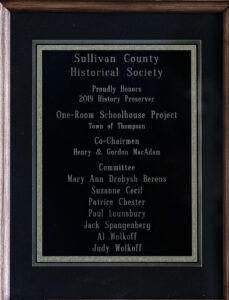 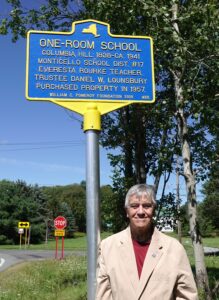 Paul poses with his pin at the historical marker of the Columbia Hill One Room School that  involved four generations of Lounsburys  since its founding in 1838.   His father and grandfather and their siblings attended the school in their day.     Lounsbury family members  served as trustees, clerks, librarians, and teachers during the  103 years  of the school’s operation.    Paul’s grandfather, Daniel, who was the final trustee , had saved all of the school’s business records beginning in 1838  to 1941, which were passed down  to Paul’s father, and then to Paul  upon his father’s passing in 2013. 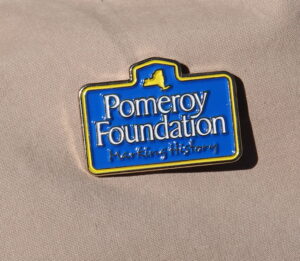